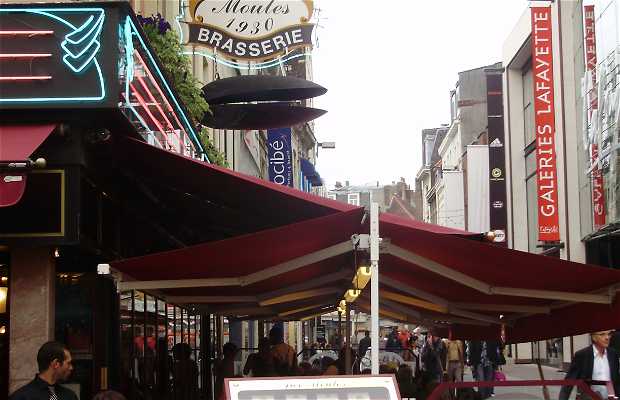 A traditional restaurant situated in the old district of Lille

Aux Moules is a traditional restaurant situated in the old district of Lille. They opened in 1930, and the restaurant still retains this old atmosphere of a time that was very successful for the city, with industrial development throughout the region. The food served is typical of the region of Flanders, a Franco - Belgian region. The specialty, with the same name as the restaurant, are the mussels, which are prepared using a variety of different sauces and stir-fries. In Bethune Street, which is a pedestrian street, you have no problem spotting the facade of the restaurant, which is restored but ancient.