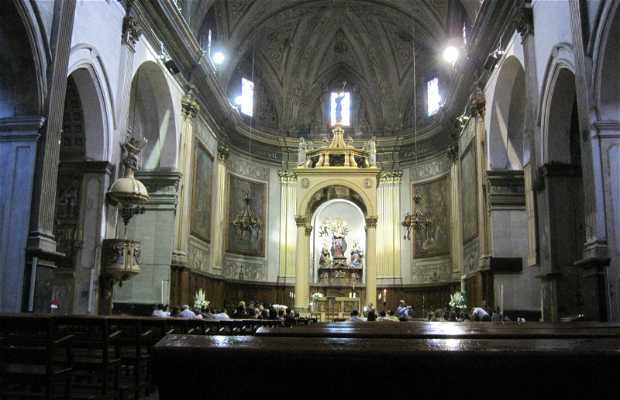 9 photos of Basilica of St. Mary

3 reviews of Basilica of St. Mary

Plaza Santa Maria has one of the most important basilicas and emblems of Cataluntya. A building that was constructed in 1675 to replace the old Gothic church, of which only the base of the bell tower remains. Before this there was a Romanesque church that has been a documented since the XI century, and even before then there was a Roman temple. The surviving Baroque church was designed by Ercole Turelli. It has a Latin cross plan with a single nave covered with a barrel vault with lights. On either side are side chapels opening with a pointed arch and the transepts are crowned with domes. The chancel has a Byzantine type dome.

Lists and places related to Basilica of St. Mary

Information about Basilica of St. Mary