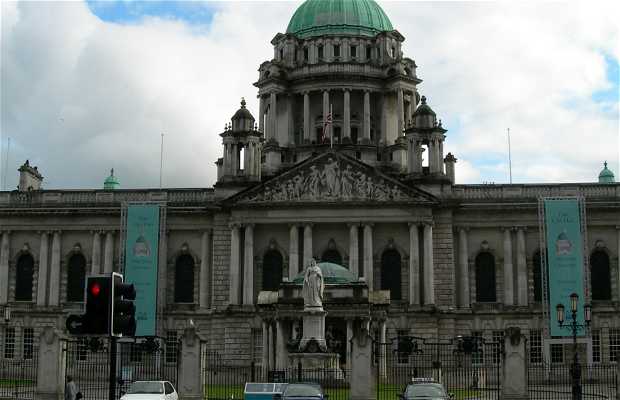 A must-see in Belfast

The Belfast City Hall is a neoclassical building built in the early 20th century, after Queen Victoria granted city status to Belfast. The highlight of the building is its large dome, similar to that of Saint Paul's in London. Inside, the most interesting part are the marble columns and staircase and the Greek stained-glass windows. There are also pictures of Lord Mayors in the halls. From Monday to Saturday, there are free guided tours in English which teach you a bit about the building, the history, and its operations. There is also a memorial to the World Wars and Titanic on the premises. There's a centennial exhibition about the Titanic's construction.

The city of Belfast is one of the most remarkable buildings to be found in the capital of Northern Ireland. It was built in the 19th century in an Edwardian style. As you approach, you will notice a huge green central dome, which is about 53 feet high, flanked by two smaller domes at the corners of the building (in the same green color). It is often visited, but inside there are reforms that have made this activity cease temporarily. Surrounding the town hall you can find gardens, which together form the Donegall Square.