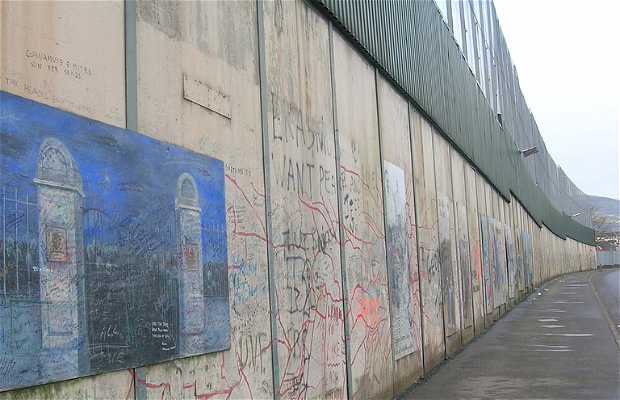 Raised initially as a temporary solution, the wall has been standing now for over 40 years seperating the Catholic neighborhoods from the Protestant ones. They had to make it even higher so people wouldn´t throw bombs and grandees from one side to another. One simple structure that allows you to see really how grave the conflict is in the North of Ireland.

It’s impressive to see a wall that d...

It’s impressive to see a wall that divides a city in 2018, but you definitely have to walk it.