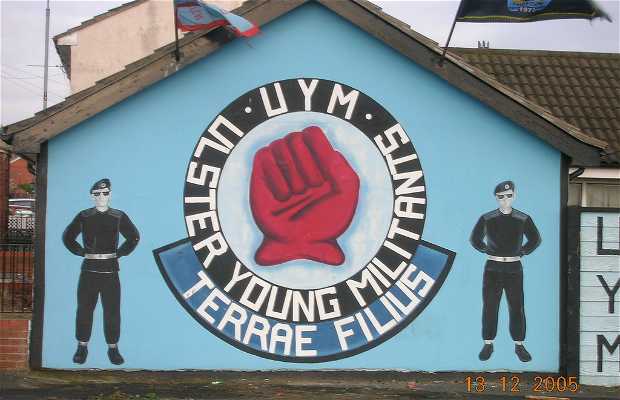 Although the Catholic murals are the most famous, Protestants were actually the first to paint the walls of Belfast. The neighbourhood is full of murals everywhere. The reasons for the paintings are usually for one of its paramilitary groups (UDF and UVF, facing off against one another in separate areas), support for the United Kingdom and criticism of the IRA and Catholics in general. Perhaps because they haven't been so influenced by movements elsewhere in the world, the Protestant murals are the most authentic and tough. All of them have a retro touch and openly militaristic aesthetics which are often reminiscent of fascist movements.

The murales in Belfast are incredible

You have to find the time to walk along the wall that divides the city.