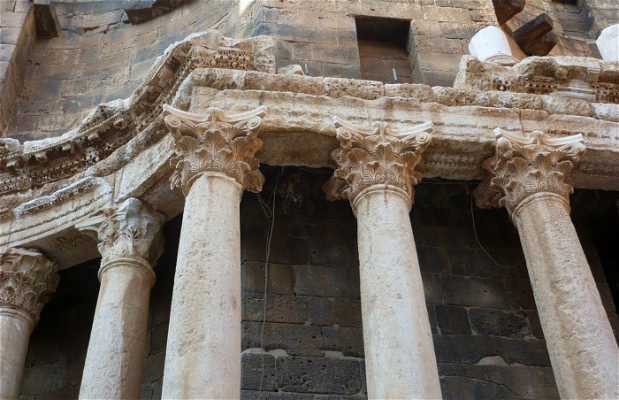 5 photos of Roman Theatre at Bosra

2 reviews of Roman Theatre at Bosra

One of the biggest and best preserved theaters

This great theater is one of the biggest and best preserved in the world. It was constructed in the 2nd century, at the time in which Bozrah was the capital of the Roman province of Arabia. It could hold up to 15,000 people and was buried under a pile of sand into the 20th century. It was one of the most luxurious theaters of the Roman Empire: The stage was covered by a wooden roof and the rest of the room was covered with silk pieces. They also used to have scented water falling on the heads of the people in the audience. Today it is a monument that comes to life as a theater during the Bosra Festival Biennale, where it was the setting for classic dramas and concerts.

+3
Like
Juan Carlos Milena
See original
Like
Have you been here?
Add your opinion and photos and help other travelers discover

Lists and places related to Roman Theatre at Bosra

Information about Roman Theatre at Bosra