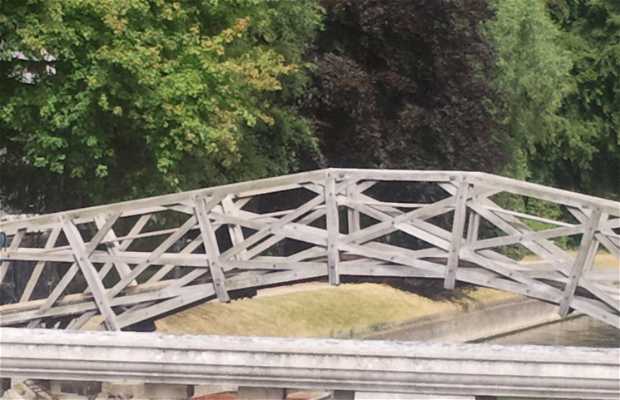 The City Owes its Name to...

Isaac Newton constructed this bridge and later mounted it so that all of its parts are suspended in the air without any support. Crazy, right? Years later, a group of engineers disassembled it in order to examine it to see how he did it because it truly was incredible. But after a while, they were able to reassemble it and screwing it had to do to keep it stable as Newton left it. The name of the city, "Cambridge" is due to this bridge, situated on the River Cam. If you visit Cambridge do not be to see this river, and do "Punting", which is a very relaxing ride about 45 min on the River Cam.