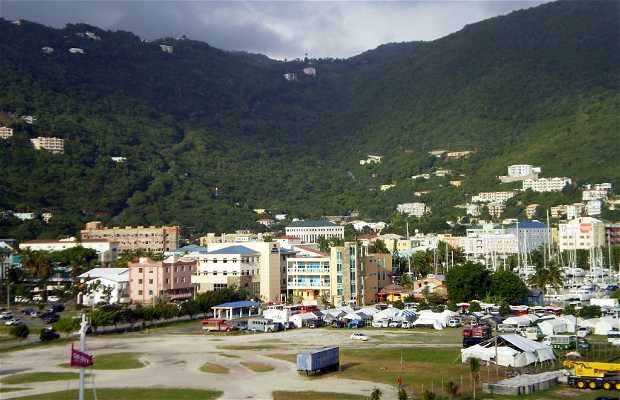 The British Virgin Islands are an archipelago with a total of 36 islands situated in the Caribbean Sea. Calls are part of the Lesser Antilles, the largest islands are Tortola, Virgin Gorda, Anegada and Jost Van Dyke. The archipelago's capital is Road Town, situated on the island of Tortola. The whole of the British Virgin Islands has a total surface area of 153 km2 and has a total of 29,000 inhabitants. It is a dependent territory of the UK, and has been declared as a British Overseas Territory. They were inhabited by the Arawaks, then by Caribs. They were first discovered in the year 1493 by Christopher Columbus on his second voyage, but in the 17th Century many Dutch people settled here, and later the British.