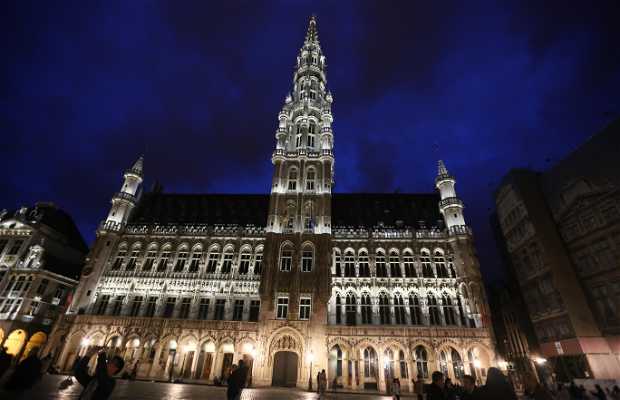 One of the most beautiful buildings in Belgium

The Brussels Town Hall is one of the most beautiful buildings in the country. It's a Gothic building and was started in 1402 by Jacques Van Thienen. Charles the Bold in 1444 laid the foundation stone of the left wing, where the Gothic style is particularly pronounced. In 1449, the architect John Van Ruysbroeck reinforced and modified it. The current tower is about 96 meters high, and you can access its summit by climbing 420 steps. The building was partially destroyed in 1697 during the national bombing, and was later rebuilt, with a courtyard added. Nowadays, weddings are often held at this magnificent