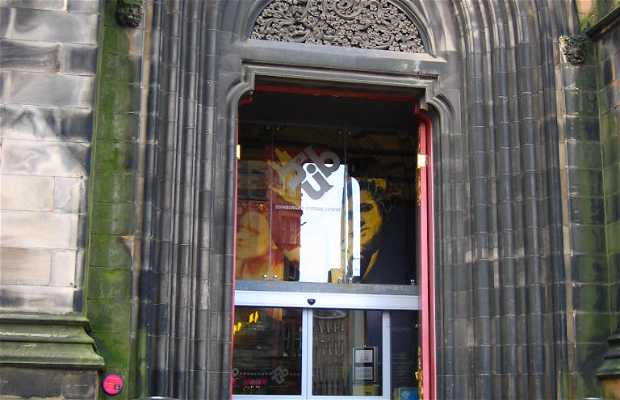 The Hub is an icon of the city, although it looks like a church, it's actually a super modern coffee shop, where the famous Edinburgh Festival is held every year. Built in the mid-nineteenth century, the building is listed as a historic site. Initially it was going to be the place where people would join together to discuss the current issues of Edinburgh. In the twentieth century, it was a church, part of the Scottish church, but now the Edinburgh Festival Association bought and transformed it in order to open it to the public in 2000. There are still details that resemble its former life as a church, the windows, the Gothic arches, the stone angels at the gates, and it's mixed with the modern theme of the festival, which is one of the biggest events in Europe in terms of classical music, theater, opera and dance.

How about turning a boring little church into a trendy coffee shop for the largest festival in Europe? In 1995, the Edinburgh International Festival bought this Gothic church and renovated it. It maintains its Gothic style and stained glass, but now has a modern interior with contemporary sculpture and very modern tables and chairs. The huge main room can accommodate several hundred people.