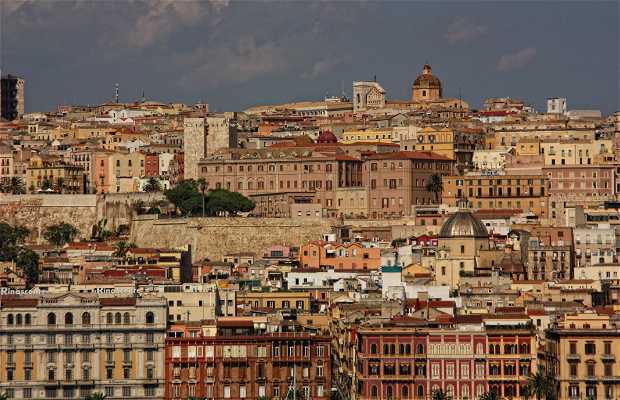 Cagliari, Sardinia's largest city and home to much of the commercial and tourist activity on the island. It is the southern gateway to Sardinia in the Mediterranean. It has an interesting old town, the Castello, a great beach, Poetto, and a shopping and entertainment center around the harbor and the Marina neighborhood, with shops, bars, cafes and lots of entertainment. It is an easy city to navigate on foot, where you can lose yourself in the narrow streets that shape the old town, located in the upper part of the city and surrounded by fortifications. Cagliari's origins date back to the time of the Phoenicians in the beginning of the last millennium.

A beautiful island worth visiting

Cagliari is a city with 157,218 inhabitants, is capital of the autonomous region of Sardinia, and is located in the southern part of the island, facing the gulf that bears its name. Including the suburbs (Elmas, ASSEMINI, Capoterra, Quartucciu, QUARTU sant'Elena, Monserrato Sestu, Selargius), the metropolitan area includes a population of approximately 500,000 inhabitants.

This city has a number of historic attractions within a modern setting. The city of Cagliari was built upon seven hills and indeed dates from the time of the Phoenicians and the Carthaginians. The city also boasts Roman ruins, creating a contrast of historic cultures that called the island home. Also, you can see evidence of the Pisan and Aragonese invasion of the island in the early centuries of the last millennium. Cagliari is the capital of this autonomous region of Italy, the beautiful island of Sardinia.

Life in Cagliari is beautiful...

Cagliari is the capital of Sardinia and its cultural, political and economic center. If you visit the island, be careful to pronounce it “CAAAALiari” like the locals, otherwise you run the risk of not being understood! This small, hilly city is located on Sardinia’s southern coast and you can see the traces of the different civilizations that have graced its soil. Spanish colonization also had an effect, especially on the dialect which oftentimes resembles Spanish. Visitors can enjoy gelato and pizza, sun and palm trees, narrow streets and beautiful vistas. In short, life in Cagliari is beautiful....

Crystal clear water, Mediterranean cliffs covered in rich vegetation, and good food...what else do you want in life?! The province of Cagliari has a lot of different landscapes and the countryside is full of beautiful places to visit like the old mines and the Nuraghe. The sunsets over the west coast are unbelievable.

Lists and places related to Cagliari

Links to Cagliari
Hotels near Cagliari Cities in Cagliari
See something odd?