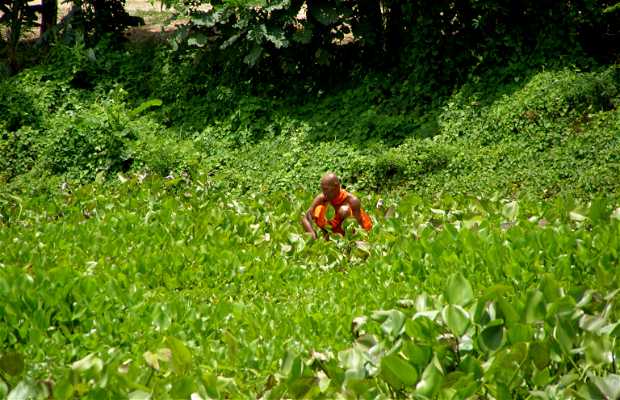 As I told you when I was describing...

As I told you when I was describing Beng Mealea, it you visit Angkor, it's worth taking a day to visit the temple, which is 60km from Siem Reap. Along the way, you can stop at this fishing village, which is a floating village (at least in the rainy season, when everything nearby is flooded, giving the area the name of "floating forest"). You'll find small motor boats where locals will offer you a tour of the canals - the "streets" of the village.

It is strange and fascinating to see the conditions in which these people live: crowded, with their hammocks and stores. There are also a few temples and/or Buddhist monasteries (more than you'd expect, at least 5, in this small town).

Not recommendable
Like
Have you been here?
Add your opinion and photos and help other travelers discover