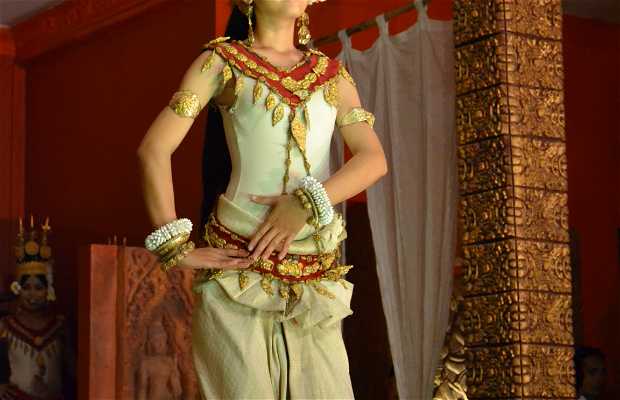 The name comes from the Sanskrit word apsarah, meaning celestial maiden. It is believed that this dance started in the ninth century in the temples of Angkor, and nearly disappeared in the 1970's under the violent Khmer Rouge regime. Today it has been revived, in part due to tourism, and there are Apsara schools in all the major cities. According to mythology, the apsarars were supernatural beings who appeared as beautiful maidens, who danced to entertain the gods and to honour heroes who had fallen in war. Today you can often see apsara shows in hotels and restaurants. The dancers wear silk clothes