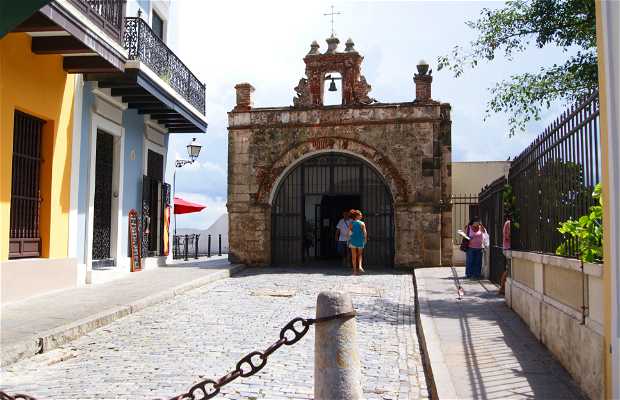 Its name and location are due to a curious story that began with an accident during the races held in honor of the apostle Santiago in 1753. Apparently, one of the riders who participated lost control of his horse, and was thrown from the top of the street, so to prevent and protect the people of these accidents, they erected a chapel. An alternative version says that in the same situation, a witness prayed to Christ to save the injured man, and as he was, they thanked him by building the chapel.

The chapel has a giant door leading to a small room containing a beautiful, embossed silver altar, and several works by the painter José Campeche.