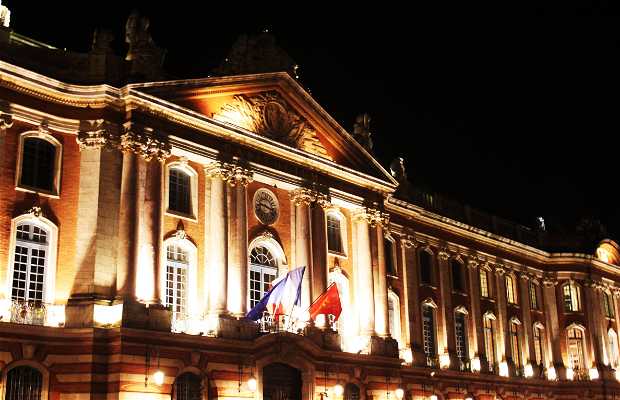 Located in the great square of the same name, The Capitol is the current headquarters of the City Council. The impressive facade was built by the architect Guillaume Cammas and has eight marble columns symbolizing the first eight capitouls cánsules responsible for directing each of the eight districts of which the city is composed. It was Louis XIV who granted permission for its construction as well as the square under the condition that it be taken to put an equestrian statue here under the name of Plaza Real. However, this monarch would never get to see his wishes fulfilled as the works were completed in 1792.