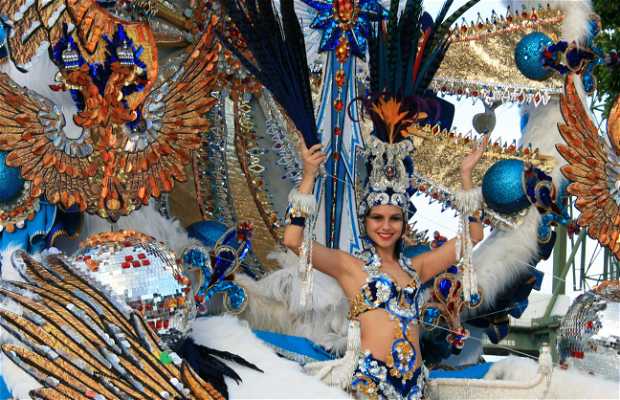 Carnival is the most celebrated holiday on the island of Tenerife. For ten days the streets of the capital become a hive of colorful characters. Beach bars with drinks, food and great music compete to attract a wider audience than their competitors. The result is a continuous party with good vibes, dancing, and disinhibition as its main attraction.

Each year the organization seeks a theme around which to develop the stage of the Grand Gala. They will decorate the streets, the monuments, and even the people dress up for the event. Despite being the coldest time of year in Tenerife, the