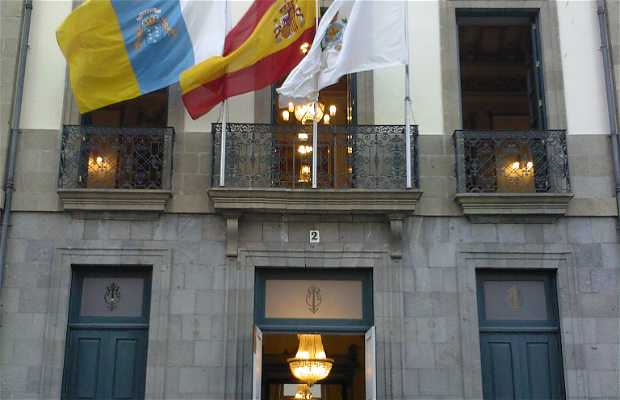 The Guimerá Theatre is in the middle of Santa Cruz, the capital of Tenerife. Built in the mid-19th century, it was originally known as the Teatro Municipal de Santa Cruz de Tenerife. It opened its doors in January 1851, although it has undergone at least 5 renovations. At the end of the last renovation, they finally adopted the look that the architect Manuel de Oráa had planned from the beginning. In 1923, the death of Tenerife's playwright Angel Guimerá, the theatre took his name in his honour. Since then, there had been no renovations until 1989, when new and modern changing rooms and a renovated hall were put in.