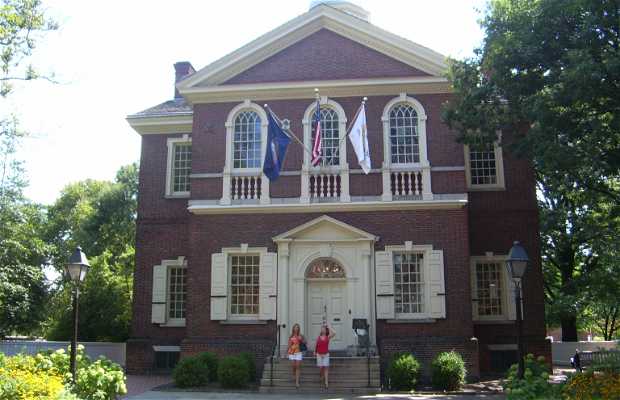 The Carpenters' Hall in Philadelphia, was founded in 1724. This building housed the 7 weeks of sessions of the First Continental Congress that met there in 1774. In later years, the building served as Customs, a bank, it organized the first commercial trade show in the country and it was an auction house. During these years The Hall was visited by presidents, kings, Supreme Court judges and dignitaries from all over the world. It's open every day, except Mondays, from 10 am to 4 pm.

The Carpenters' Hall (Philadelphia) was founded in 1724. The building housed the first 7-week session of the First Continental Congress, which met in the year 1774. In later years, the building served as the Customs, and was home to the country's first trade show. In later years, the Hall was visited by presidents, kings, supreme court justices, and visiting dignitaries from around the world. Open daily from 10 to 4, except Mondays.