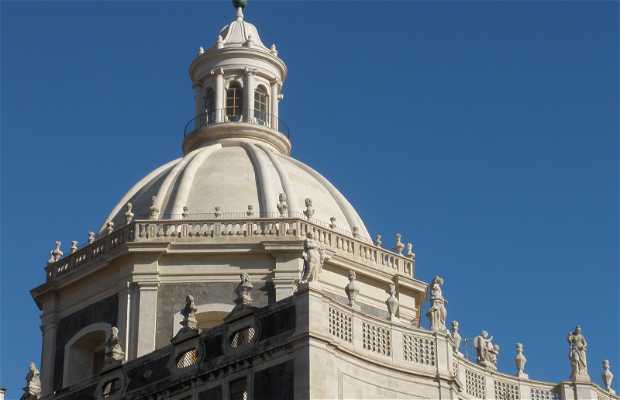 The most significant monument of Catania is surely its cathedral, the Cathedral of St. Agatha, which is located in the city's Piazza del Duomo. It is a massive temple dedicated to the veneration of Saint Agatha, ve was the young virgin under great martyrdom by a Roman consul, and ve sacrificed her life before renouncing her faith. The building is impressive both in and out, as its Italian Baroque style showcases a lot of ornamentation. The first building was constructed in the eleventh century, but the facade that we see today was developed from 1700 as the building suffered great damage during the earthquake of 1693.