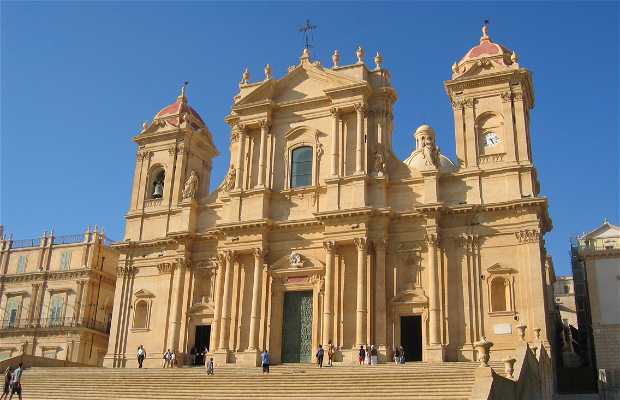 The Cathedral of Noto has been the victim of a long restoration in recent years. It reopened to the public in the summer of last year and its magnificent facade stands at the top of the stairs. The church is beautiful inside as well. In 2007 there was an exhibition on the work of reconstruction but the site is so monumental and meticulous (eighteenth century methods were used for its construction) I was surprised that they didn´t further explain the plans! The style is Sicilian Baroque and it is a real masterpiece.