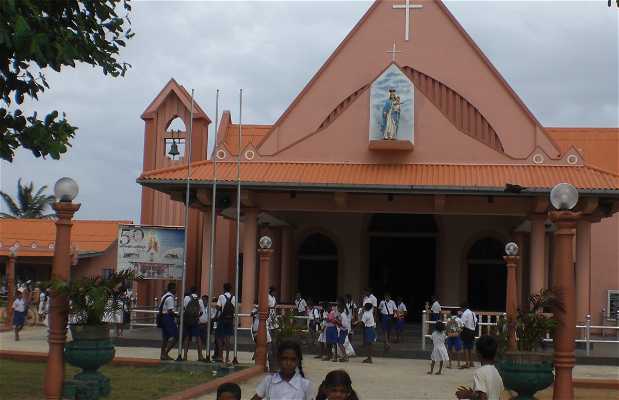 The Catholic Church has a dynamism that many European churches would envy. It was full of children because it was the holidays, probably attending summer classes. Since the beginning of European settlement, the town of Negombo has been mostly Catholic. Now, the number of Catholics is more than 90% of the population, a unique case in Sri Lanka. It is even called "Little Rome" by the fervor of the people. The oldest churches were constructed by the Portuguese and the Dutch, but the town now has a lot of modern churches in general.