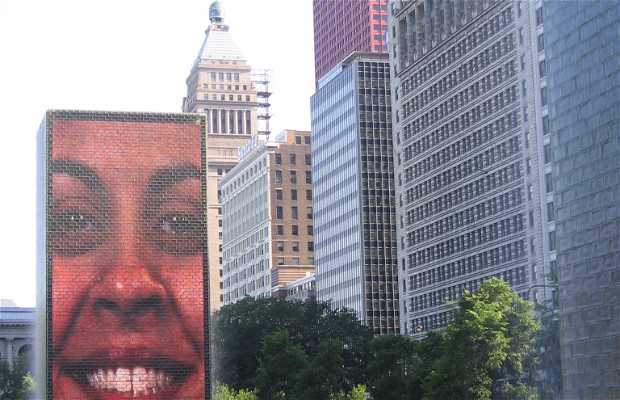 This fountain in Chicago was designed by the Barcelona sculptor and artist Jaume Plensa. Its design is two vertical blocks wrapped in crystal, on which video images are projected of different close-ups of people's faces, scaled to the size of the sculptures. Apparently, the faces are those of the people of Chicago, unknowingly filmed in some cases, and they are marching on the screen via a multitude of LED screens that allows you to form images. The two blocks are separated by a stone box covered with a thin layer of water that falls down from each side as you are drawing the water up to the "mouth" of the people of Chicago.

You can take a fresh break

You can enjoy the moment in this beautiful places.