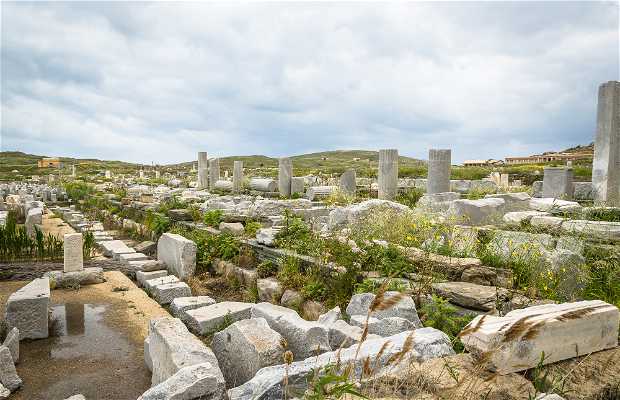 One of the most sacred places of Greece

The island of Delos (Greek Δήλος, or "Dilos", meaning "stable and visible") is one of the smaller Greek islands of the Cyclades chain, in the Aegean Sea. It's also known as Lagia, Hare Island, Ortygia, Island of the Quails, Cintera , and also Chlamydia, Belts, Pelasgia, or Pirpile. Technically, it belongs to the peripheral region of Mykonos. It was once one of the most sacred places of Greece. Greek mythology says that emerged from the ocean stuck in the trident of Poseidon, but was still initially a floating island until Zeus chained it to the sea, making a safe-haven for Latona, away from Hera's jealousy, to give birth to Apollo and Artemis.

Lists and places related to Delos

Links to Delos
Hotels near Delos Islands in Mykonos
See something odd?