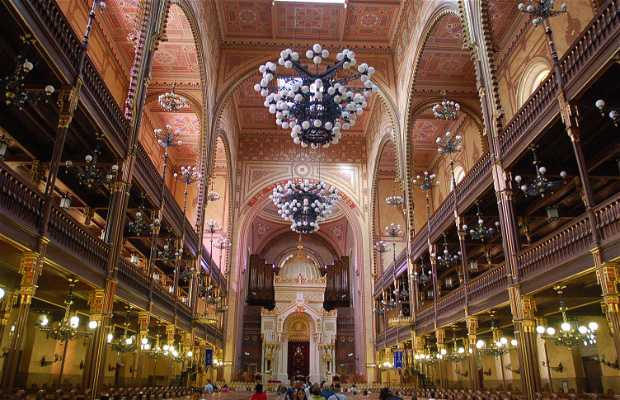 In the old part of Pest and near the corner of Károly Körut, you´ll find one of the largest synagogues in the world - with a 3,000 seat capacity. Built in 1859 by the German architect Ludwig Förster, there are some discrepancies within the Jewish community due to the luxurious interior that was designed by Hungarian architect Fryges Feszl and which does not seem like a typical synagogue. In the winter of 1944-1945, more than twenty thousand Jews fled here to escape the Nazi deportations. During this time, 700 people died due to the intense cold. At the entrance, males place the Jewish hat call the Kipah on their heads.

Amazing! Check it out!

One of the greatest.

It was so amazing to see this place

One of the best places in Budapest.