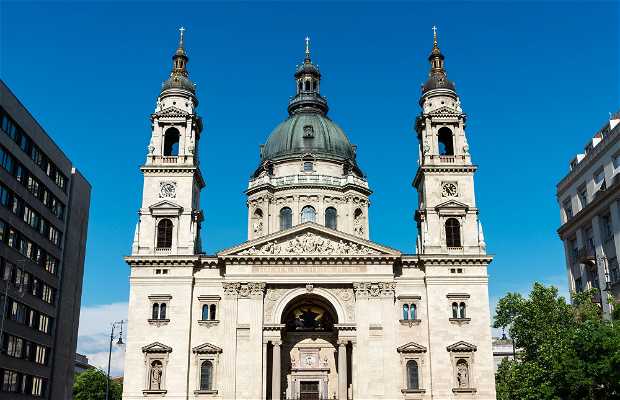 St. Stephen's Basilica is dedicated to the first king of Hungary, St. Stephen. It is the largest church in Budapest that can hold up to 8500 people. There is no fee to visit the basilica, but there is for certain things, like climbing to the dome or accessing the Treasury. It was built around 1851, and the construction ended 54 years later. Its completion was delayed because the original dome had to be demolished in 1868. It has a neoclassical Greek cross plan and is 87 m. long by 55 m. wide. The main facade is complete with twin towers, but the bell in the right tower is the heaviest and largest in Hungary.

Go inside. Please, please go inside.

One of the most beautiful churches I've been to.

Great Bazilica in the city one of the must-seen places

Great Bazilica in the city one of the must-seen places.

Used in movies too!

This church was all around so beautiful !

Even more beautiful on the inside.

+12
See original
Like
Have you been here?
Add your opinion and photos and help other travelers discover