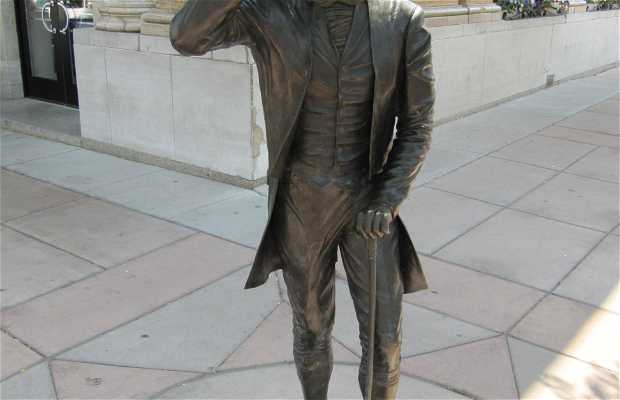 The nation's fifth president, James Monroe, was a tall man measuring 1.83 meters. He was the only president reelected without another candidate. He was known for being a very friendly man; his statue has him holding his hat up and wishing onlookers a happy day. He is believed to have been the first politician to use the custom of kissing children to soften voters. The bronze statue was sculpted by Lee Leuning. It was a family donation by Walt Hall. It's opposite the information centre on the path of the Presidents.