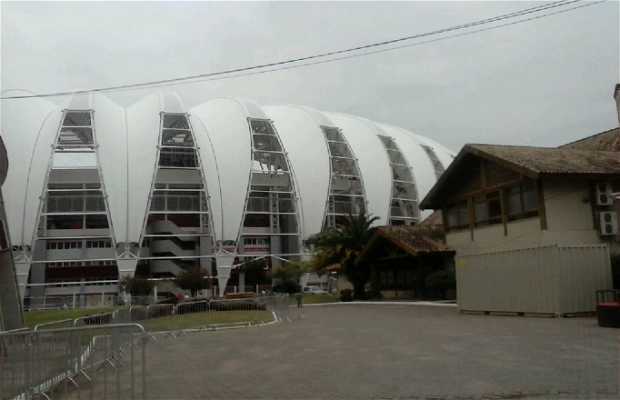 The Beira-Rio Stadium was the 2014 World Cup host in Porto Alegre, and is home to the Sport Club Internacional. To host the World Cup, the stadium was completely renovated and became one of the most beautiful in the world. I have been to several World Cup matches in the stadium and I really find it very beautiful and practical. Both the inside and infrastructure worked very well during the event, with the colourful external lights, giving it a special touch. Inside, after the reform, all the chairs were painted red, the color of the club. The stadium is on the Guaba and is easy access for those coming from outside Porto Alegre and those who come from the city.