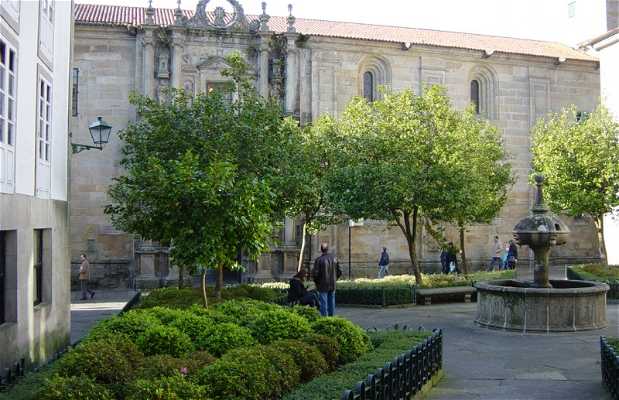 Fonseca Palace, the first seat of the University of Santiago, is located in the Plaza de Fonseca in the historic heart of the city. The Colegio de Fonesca was founded by King Alonso II in the sixteenth cenutry although the facade was added in 1688 by Diego de Romay. The Renaissance-style facade has Gothic statues between its columns and features a shield with the five stars of Fonseca surrounded by images representing doctors of the Church. Inside the cloister garden, you'll find a real feast for the senses with a wide variety of plant species. To the right of the door is the entrance to the Gothic chapel.