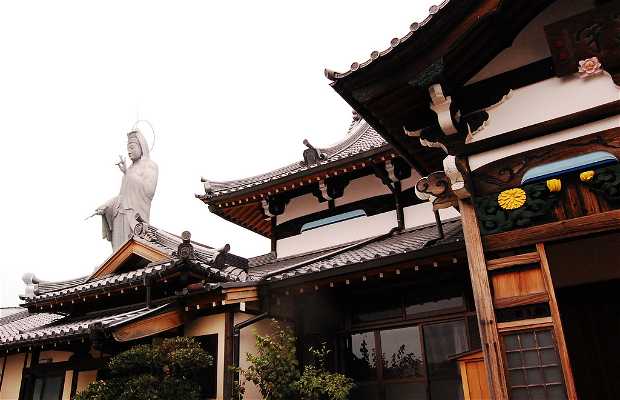 The Fukusai-ji is a special temple, recognizable by its statue of Kannon that is 8 meters high on a turtle. The temple is on a hill 34 meters high. Originally constructed in the year 1613 by Chinese immigrants during the time that Christianity was forbidden. But that first building was reduced to rubble with the atomic bomb. It was previously one of the biggest temples, considered a national treasure. What you need to see is just a representation of what was once the temple dating from the year 1979. Inside there is a Foucault pendulum, used to display the rotation of the earth.