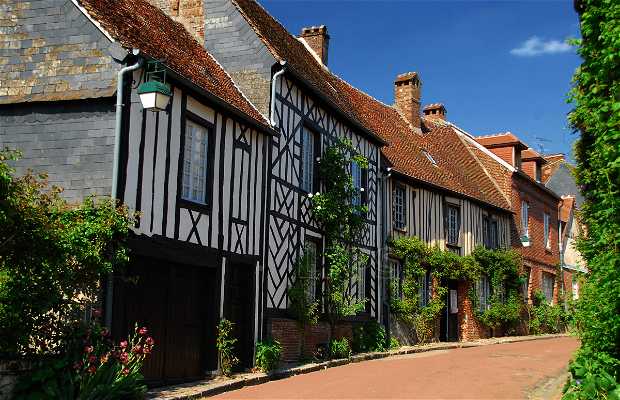 One of the 100 Most Beautiful Villages

It is one of the 100 most beautiful villages in France. We do not know the other 99 but we think that Gerberoy certainly earned a place in the rankings. Our tour began one afternoon when the sun was setting and the warm light of dusk enhanced the view. Gerberoy was named a city by King Philip Augustus in 1202 and was the location of attacks and sieges until the fifteenth century. A land of blood and misery where today you can breathe in complete tranquility. It has houses built in the seventeenth and eighteenth century which were built with clay, wood and they have brick and stone walls where hundreds of roses grow providing the nickname of the "People of the thousand Roses" and whose roses provide a variety of products such as soaps, creams etc.

Lists and places related to Gerberoy

Links to Gerberoy
Hotels near Gerberoy Villages in Gerberoy
See something odd?