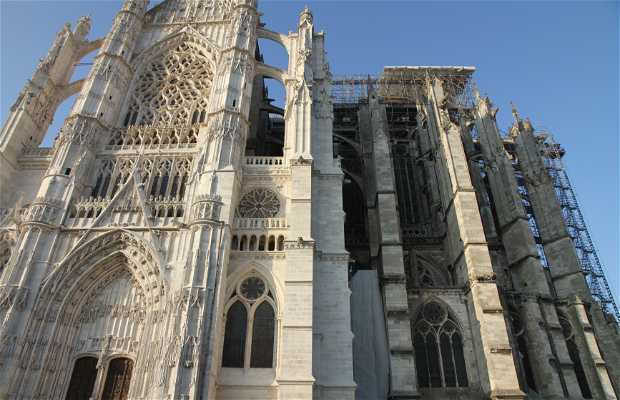 I was pleasantly surprised by the city's great cathedral that I went again before my flight back to Spain. This is one of the masterpieces of Gothic architecture in northern France, and its facade has been cleaned during the recent refurbishing. Built in the 13th century, its vaults are almost 50 meters high, and with the magnificent stained glass windows and its 58 meter long nave, it has a majestic appearance. It houses a magnificent astronomical clock with, supposedly, more than 90,000 pieces.