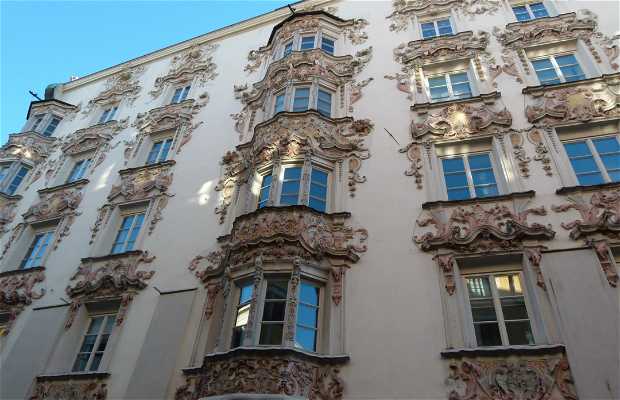 The Golden Roof is not gold ...

In the center of Innsbruck is the "Golden Roof". Well all that glitters is not gold or not as golden as it seems in reality. It is made of forged copper which was a gift from Maximilian I to his second wife Blanca Sforza to which, we are told, was hated and regarded as ignorant and unattractive. This square is really beautiful, is surrounded by several period buildings that have managed to keep the Austrians brilliantly.