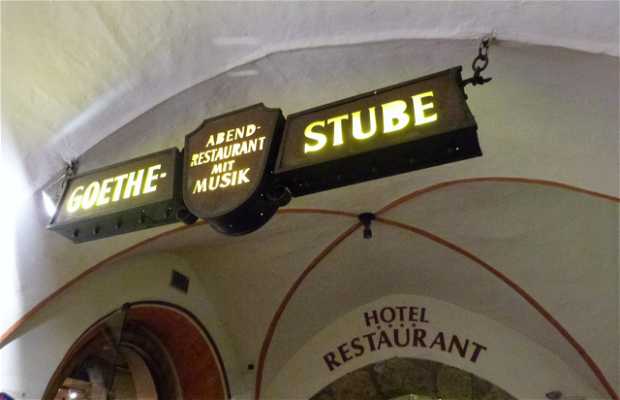 This restaurant is located in one of the oldest hotels in Europe, the Goldener Adler, which dates back to 1390 and today is a 4-star part of the Best Western chain. The restaurant is named after one of its most famous clients, the poet Johann Wolfgang von Goethe, who stayed twice: the first on September 8, 1786, and again four years later, accompanied by Amalia, Duchess of Saxe-Weimar, on a two-day visit to Innsbruck. The Goethe-Stube is elegantly decorated with many paintings on the walls depicting the famous poet, and has a warm atmosphere in the evenings. The menu is traditional, based on soups, meatballs, stews and so on.