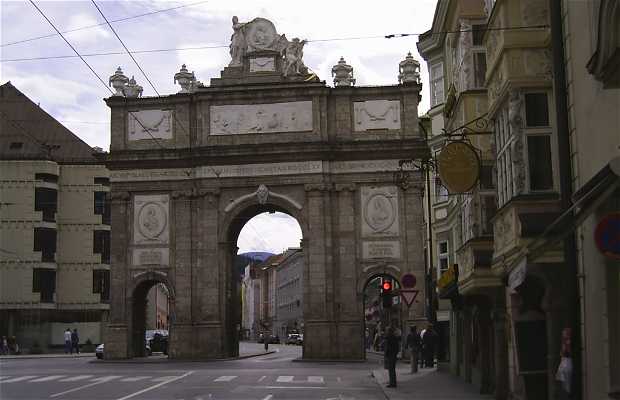 This triumphal arch was built in the late eighteenth century at the request of Empress Maria Teresa. The south side of the monument commemorates the wedding of Archduke Peter Leopold to the Infanta of Spain; for this occasion, the imperial family came to the city of Innsbruck. However, during their stay, Emperor Franz I died, so the north side of the arch shows a woman's sorrow and a nation in mourning. Well worth seeing.