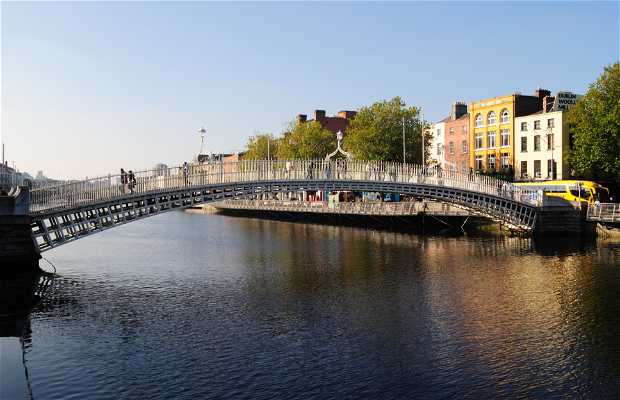 The Symbol of Dublin

Also called Ha'penny Bridge, it is the symbol of Dublin. This small romantic footbridge, which allows you to pass from the bohemian neighborhood of Temple Barmakes to the formal neighborhood O'donnell Street, crosses the Liffey River. The bridge is painted white, and is named after the Duke of Wellington ("Iron Duke"). It was opened in 1816. At that time, Ireland was still part of the British Empire. The bridge was built in England, and was transported by ship, gaining fame because the toll to cross the Liffey River to Dublin was half a penny. Until 2000 it was still the only pedestrian bridge in Dublin.

I recommend a tour though centuries of history

I crossed this bridge plenty of times along my 4 days exploring the town. I recommend a tour though centuries of history. Get lost in the lanes and squares between O'Connelly Street and Dublin Castle.

La Alhambra: between snow and fire

This image was created just after sunset. The lights were reflecting on Liffey and caught my eye.