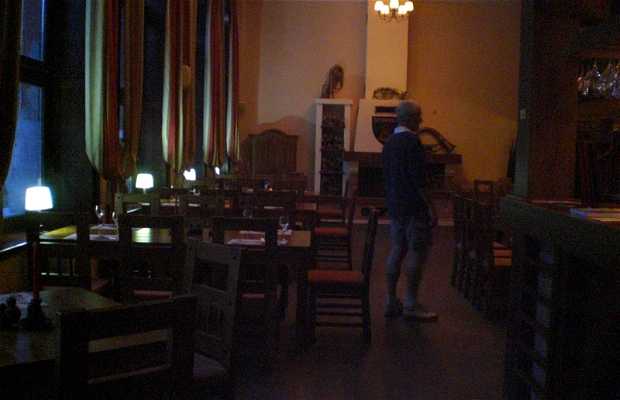 On the menu you can find meatball soup, and other meat-based soups, mostly made of pork

Hermania is a German restaurant. It is situated in the historic center of Sibiu, a city founded by German Saxons in the Middle Ages, and it was given the name of Hermanstadt. It is quite a large restaurant, which is located on the ground floor, and it is also an important historical monument. On the menu you can find meatball soup, and other meat-based soups, mostly made of pork. There are also meat dishes cooked in a wine sauce, and polenta, pureed corn flour that forms the basis of the food in this region of Romania. When we went there, the restaurant was fairly empty and on several occasions we had to eat there because there was nobody there.