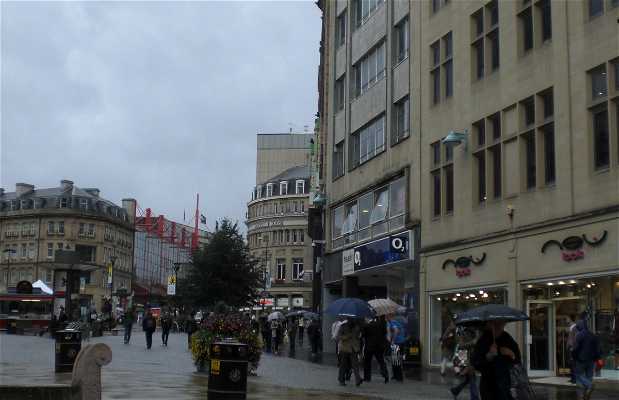 England's High Street has always been the city's old main street. And this is where at one point the whole street was a bakery, pharmacy, and bank. Now High Street remains a central point in the Sheffiels old neighborhood. One of the main streets, begins at Fitzalan Square in Haymarket, and ends at the height of the cathedral. Trams pass by here and the nearest spot is Cathedral. High Street continues to concentrate the city's main banks, and national brand stores. There are also some restaurants. It is one of the oldest streets in the city, as it has been around since the 12th century. There used to be a convent and a religious entity which owned most of the houses.