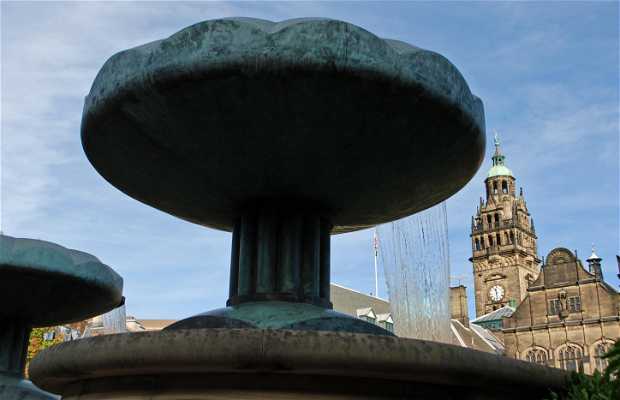 11 photos of The Peace Gardens

1 review of The Peace Gardens

Sheffield was the first city I visited and where I lived in the UK 18 years ago. Since then the city and its center have undergone constant change, in this case for the better. One piece of unfinished business for this city, one of the biggest in the UK has always been the recognition of their own history, which today is changing and this corner is one such example. In the center, opposite the historic town hall and most famous square in the city, have been added a series of small waterfalls honoring one of the politicians who fought for more recognition of their city, Samuel Holberry, who led a revolt during the industrial revolution and so was convicted but also made the city develop, the steel capital.

Lists and places related to The Peace Gardens

Information about The Peace Gardens