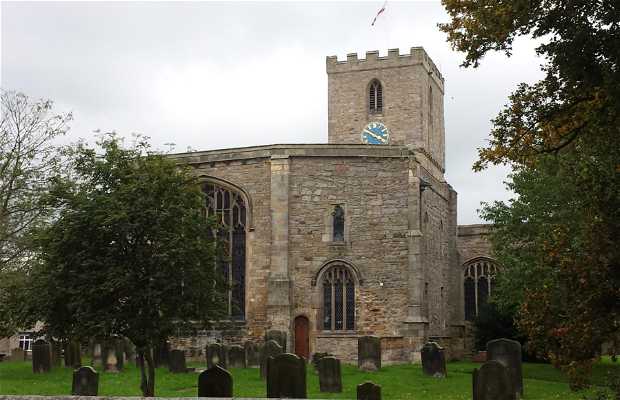 This is a very historic building, and at first glance we could see the Anglo-Saxon elements of its construction that suggest the eleventh century. However, elsewhere we saw things that suggested it might be even older, perhaps even dating back to the ninth century. The original church is well-preserved and still in operation, under the Church of England (Protestant). However it is likely that it changed during the Reformation, having once been a Catholic church.

There are several interesting features, like the huge cemetery, which has been divided in half by the main road that runs through the village of Staindrop.