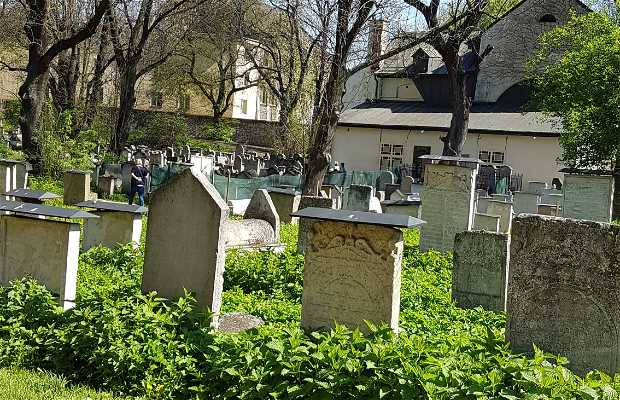 Krakow was a city inhabited by more than 60,000 Jews before World War II. Few families remained after the population was reduced. Its Ghetto was famous and how could it be otherwise, There is a Jewish cemetery nearby. It was very damaged after the war, but the Jewish community has restored and cared for it.