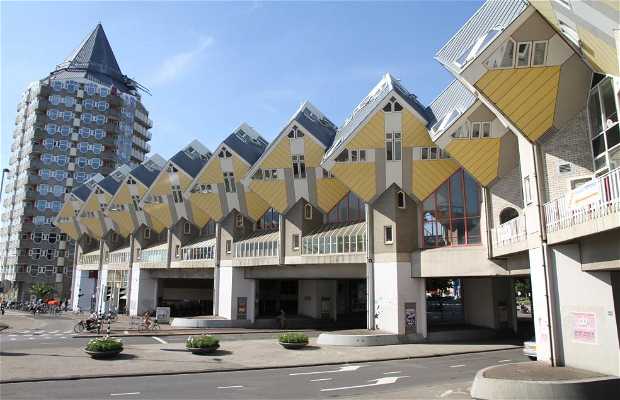 Rotterdam Blaak is a railway station a few meters from the cube houses, the library, and the new Blaak Market. It's both a train and metro station and connects Breda and Dordrecht. On May 2, 1877, the first railway, the Beurs Rotterdam, was opened. After the station was destroyed during the Second World War, a new station opened in 1953, called Rotterdam Blaak. In 1993, they added the metro station.