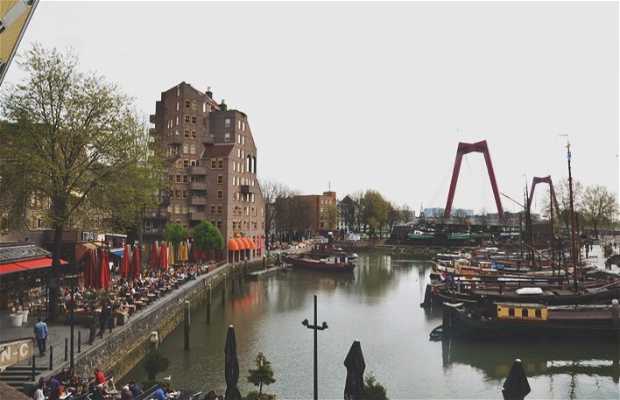 Rotterdam was bombed during World War II, and much of the city was destroyed. At the time of rebuilding the city after the fateful May 14, 1940, they chose not to build canals, so Rotterdam is one of the few Dutch cities that does not maintain its traditional look of canals and bridges. Still, you'll find remnants of the past (buildings, canals and springs) throughout the city that show how it was before the bombing. A clear, popular, and very beautiful example is Oude Haven (meaning old port in Dutch). Right next to the cube houses (the Kubuswoning, designed in 1984 by architect Piet Blom), is the area of ​​bars and terraces where you can stop for a drink or relax while overlooking old ships, the Witte Huis (it means home White Dutch and was the first skyscraper in Europe built between 1897, and 1898) or Willemsbrug bridge.