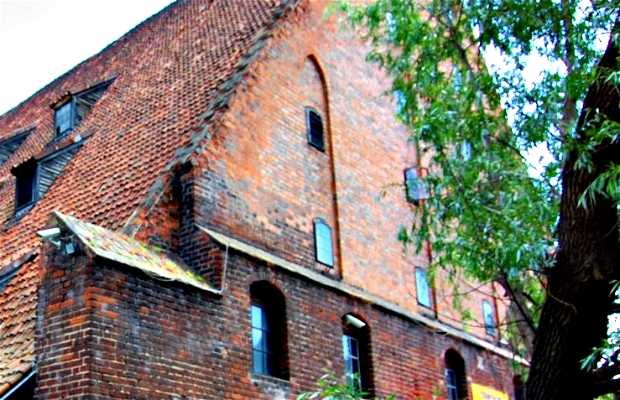 The Big Mill is situated on an island that was formed by the river as it passes through the city of Gdansk. Today it is a lovely shopping center. Like most things in Poland, it was badly damaged after German attacks in World War 2. It was built by the Teutonic Knights in 1350, reformed and adapted in the nineteenth century in an American style, with a turbine and conveyor. In 1991 an archaeological investigation took place here, and two years later, the mall was opened.