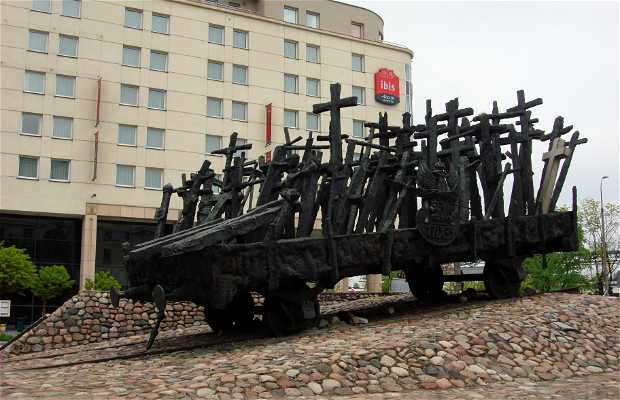 Monument to the Victims of the Soviet Invasion

Polish history is full of invasions and repressions by neighboring countries, and almost every street has monuments and plaques with such facts. At the intersection of Muranowska street and Andersa there's a monument to the fallen and killed in the east, in commemoration of all victims of the Soviets, ve after invading Poland (1939), deported the population of eastern Poland to the Gulag. The cast bronze monument includes a piece of railroad, a car (similar to those the Soviets used for deportations) full of crosses and numerous symbols representing the Polish ethnic and religious mix. At night