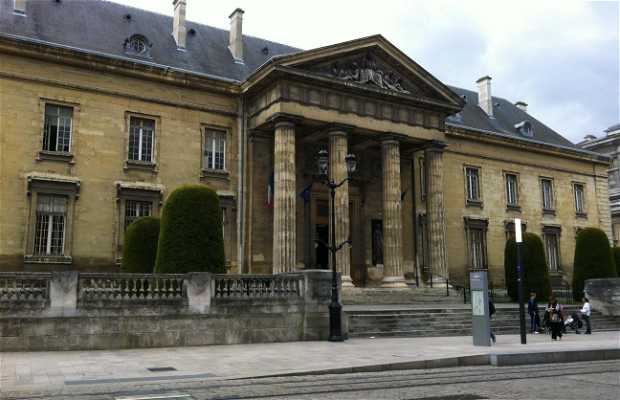 The courthouse was erected in 1835, on the site of the former hospital Hôtel-Dieu that housed the sick. It's inspired by ancient architecture with columns and pediments, common of nineteenth century judicial buildings. In the back were the prison and the police, demolished in 1906. The court house was largely destroyed during the war. Today it houses the High Court, District Court and the Commercial Court.