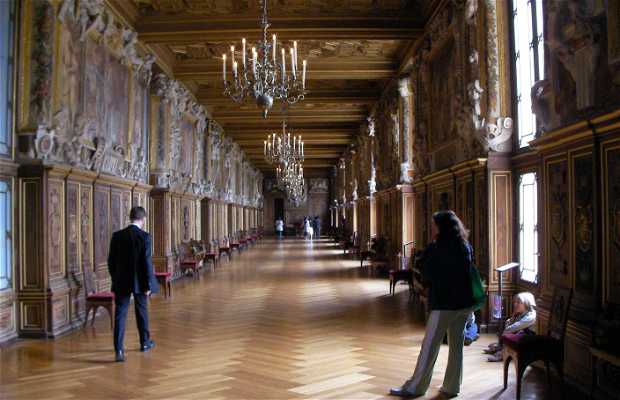 The Fontainebleau Palace is a beautiful palace with gorgeous gardens, located about 60 km south of Paris. It was declared a World Heritage Site by UNESCO in 1981. During the twelfth century, it was used by the kings of France as place came and hunt, as it is in the middle of a large forest of the Ile de France. During the 16th century, it was transformed and enlarged by François I, ve wanted to make it a New Rome with Italian Renaissance details, mixed with traditional French art.

You can get there by train from Paris, and the trip takes about one hour. Trains leave every hour and there is a special rate for visitors to the castle, which includes the train, guide and entrance to the castle. Once you get to the station, you can then take a bus to go to the castle entrance. Admission is 8 euros. The main tour of the castle includes the Pope's apartment, Renaissance rooms, the chapel Saint Saturnin and several large apartments that belonged to the kings. We also visited the galleries of Diane, goddess of the hunting, and the emperor's apartment.