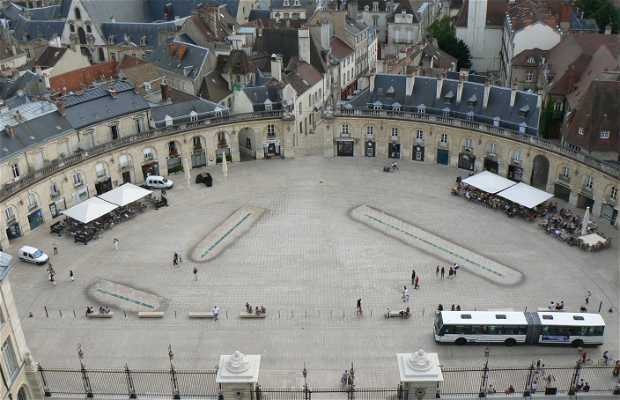 Liberation square, one of the loveliest of the whole city

In front of the city hall of Dijon and the Palace of the Dukes of Burgundy, one can find the Place de la Libération which was constructed in the year 1689. It is the most lovely in the whole city. It was the royal square and part of the Palace of the Dukes before, but after the French Revolution in the year 1789, and has been called Liberation Square since the end of WWII. IT was constructed by the architect of King Louis XIV, in the city center of Dijon. The place was occupied from the 13th century, and the square was renovated in the year 2006 and is gorgeous. It was Christmas and one can see