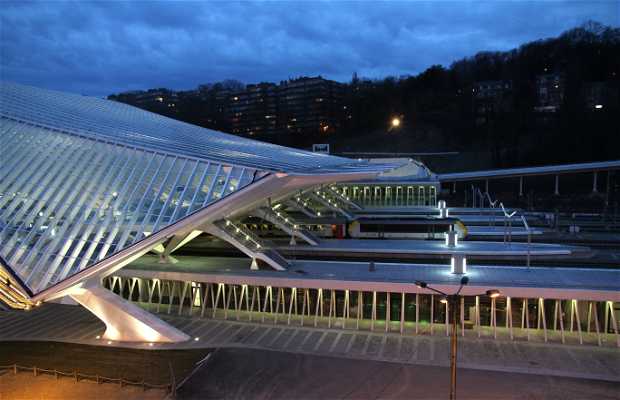 The new Calatrava station, opened on September 18, 2009, has 9 tracks and 5 platforms (three 450 m and two 350 m long). The style of the Valencian architect is undeniable. The station building was constructed of steel, glass and concrete and includes a 200 m long dome that rises 35 m high. Also all the tracks near the station were modernized as well due to the high speeds. It's not in the center of Liège, but you it's easily accessible. It connects to most of the main European central stations.