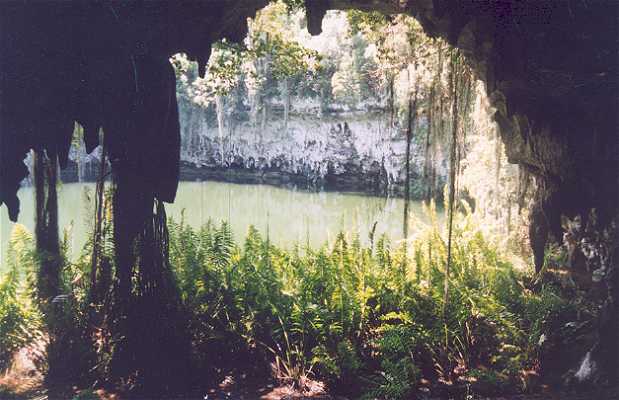 This place has its name because there are four submerged freshwater lakes and an impressive cave that is 15 meters deep. What happened is that when they discovered it they only found 3, which is why the 4th is not accounted for in the name. The lakes are all connected, making it possible to cross from one side to another. It's full of vegetation. We were told that it was used as a stage to record some parts of the movie Tarzán. The first lake is "sulfur water" which was discovered in 1916, and is 20 meters deep. The second lake is known as "The Refrigerator" and the third is "The Lake of Women".