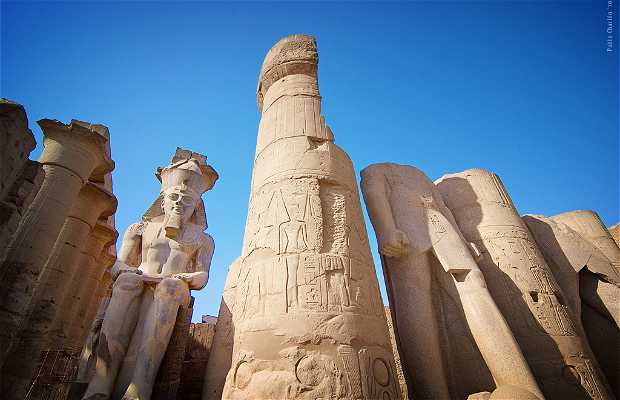 The Luxor Temple, positioned in the heart of ancient Thebes, was built mainly during the XVIII and XIX Egyptian dynasties. It was dedicated to the god Amon under his two representations of Amun-Ra. The oldest parts date back to the currently visible Amenhotep III and Ramses II building. Then, new elements were added by Shabako, Nectanebo I and the Ptolemaic dynasty. In Roman times, the temple was partially transformed into a military camp. This building, one of the best preserved of the Egyptian New Kingdom time, still has many structures. Besides the great pylon, visitors can also go through two monumental colonnades and linking these the two patios.